Skip to content
Most of us are often awed by English speaking people – a trait that many Indians share. And if the fluency and accent is appropriate, that awe often gets converted in to worship. Why don’t people appreciate it when a person shows eloquence in Hindi, Urdu or even Punjabi? A question i keep asking myself.

A simple thought tells us the reason. Towards the end of the twentieth century, as we saw more globalized world and more jobs coming in from outside India, English became an important criteria to get a decent job. There’s no point denying the fact that English has indeed created more job opportunities for Indians, and not just in our own country but outside as well. Knowledge of any other language could not have produced the similar results for an average Indian. But this is the only truth which justifies the hype of this foreign language. There are numerous other things that happened and changed our society with the advancement of English language in India. 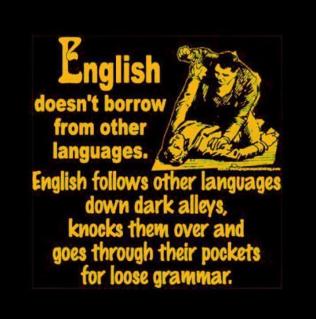 First and foremost, the hype itself creates a problem. Whether it’s a job interview or a practical viva, a formal speech or a bunch of boys trying to impress girls (or vice versa)- everywhere it makes people conscious. It might not be the case with you but think about millions of other Indians. They are not so good in English but struggle everyday to prove that YES THEY CAN SPEAK ENGLISH, to the people who can understand Hindi. One can see the lack of confidence in an individual if he or she struggles to communicate in English. So many institutes are coming up these days to teach English. I wonder why…

Secondly , it has created a divide among the people. Today we have three classes in our society- Not upper middle and lower but English speaking, Hinglish speaking and Hindi (or regional language) speaking. And that has in turn divided our schools, colleges and organizations. Further the organizations and institutes have different group of people belonging to these three sections and prefer to stay within themselves and not with other section. There is nothing wrong in that but i am worried about the fact that it is similar to the caste or creed system and that can never be a good sign for a country. When we say our forefathers were wrong in creating caste system, we are doing the same for future generations but of course in a different way. The simple fact that Non English speakers are hesitant to talk to English speakers because of some sort of inferiority. The feeling of superiority on the other side is equally there. The irony is that most of those English speakers understand and able to talk in Hindi (or regional language) but they prefer not to. English has connected itself with style and modernism which remains a typical mindset of many youngsters.

Thirdly, it adversely affects the productivity of our country. I have closely observed two sets of organizations – one where people try to impress others with quality English and the other where work is given priority and not the so called cool style. Think about it- Does it really matter how good or bad the English language skills of Sachin Tendulkar, Lata Mangeshkar, Anna Hazare. There is a language in which we think and that is our mother tongue in most cases. Since English is an acquired language and not native it is not possible to think in this language unless you are brought up in a family where only English is being spoken. The gap in the language of our mind and tongue may lead to lack of excellence, specially in the creative fields. Of course when we talk about the corporate world, English does matter a lot but again the question is that how many of us in our lifetime going to interact with the people who understand only English. Not more than 10 percent in a country of 1.2 billion people. Yet the majority of our students are forced to commit themselves to English, and is given priority over innovation.

Luckily in the age of internet when English has become a necessity, the language has adapted itself beautifully to suit everyone. It’s simple and easy. Even a fifth grader or a naive like me can work with it comfortably. Yes, I feel English is an important language and in fact it is the only medium through which i am able to share my thoughts with you. But i do feel that it should never be the criteria of judging an individual, nor it should be preferred over innovation and hard work. A language is a tool, let it be a tool. Equally important are other languages. It is a high time to preserve them too, else they might blend themselves in to English.

13 thoughts on “Angrezi and the Indians”