One of these days, I received an invitation for an event, or a ‘grand event’, as it was conveyed by the messenger. Sometimes, I worry about the extraneous usage of adjectives – a practice started by the marketers that has now crept into the common man’s daily dictionary. These days ‘best’ means ‘good’ and ‘good’ means ‘a mere consolation for something you don’t really like’.

I accepted the invitation, as I had been repeatedly told (by almost everyone) that such events help in networking. Networking is way more important than any of the things you do – they say, with good intentions, I suppose. And they keep mentioning how Varun’s life had changed when he accidentally ran into Mr Kapoor in one of such events, who later supported Varun’s business idea with a hefty investment. Such examples compel me to agree with the idea that the power of networking has surpassed the power of work, but yes, I do miss the times when it was otherwise the case.

The event was in the evening and the first question that popped-up inside my head was – how am I going to deal with traffic at peak hours? The place was not more than five kilometres from my house, and even though I had all the technology to control the speed of my car, yet the time could not be calculated using the basic Distance/Speed equation. Also, I was little sceptical to drive, as the last week’s road-rage (where I got beaten-up for no apparent reason) was still haunting me. I would have loved to take a walk, but for the most part of this road, there is hardly any place for pedestrians to walk on. Let’s go with public transport, I said to myself. 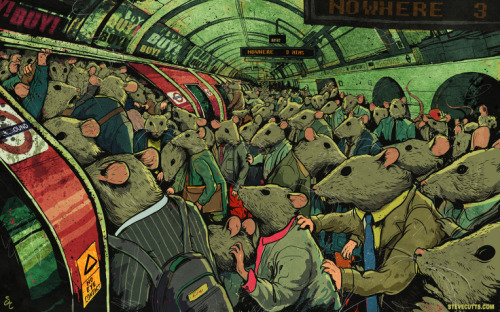 As I stood at the bus stand, anxiously waiting for the bus, I realised how much the things have changed over the last few years. Back in the old days, even rich would use public transport and would show off their earnings while conversing with fellow passengers. Now, people only use public transport if they cannot afford a car; worse, they cannot even afford a few conversations. I looked around – there were two middle-aged men chewing pan-masala and staring at every woman (irrespective of her age) passing by. Luckily, I did not have to bear that embarrassment for long, as the bus (loaded with a herd of humans) soon arrived, and despite all my reluctance, I had to get inside, which I did…

There was hardly a place to keep my feet on the floor, but somehow the political debates had found their place comfortably. Today’s topic was about an incident where ink was thrown on a writer. “People have lost their tolerance power it seems,” an old man said, and suddenly… the driver pulled the brakes. I almost fell on that old man. “Bhenchod, behave yourself,” he said.

The honking, the shrieks, the clamour continued to hurt every corner of my ears; the sympathy came from toes that were getting tortured under the influence of someone’s leather shoes. At first I thought, this would be a good exercise to learn some patience, but a ride of a few minutes taught me that if anything, it only lowered the tolerance level and I was behaving just like everyone else as I stepped out of the bus.

When I reached, people had already lined up for the event. I joined the queue; but soon it lost its existence, along with the patience of the crowd. “Queue,” I thought, “is one of those words, whose spelling, meaning and application are unknown to the common public,” which made me laugh.

I entered the main gates of the auditorium, and the first person I saw there was Mr Chaudhary. He was also the only person whom I knew among those hundreds of people. We shook hands, exchanged smiles and asked for each other’s wellness – none of which we truly meant. Then he introduced me to Mr Saxena, whose business idea had recently become the talk of the town. He gave his business card to me, and I repeated the process.

We took our seats. I looked around. Everyone was glued to his/her cell phone. Good looking ones preferred to take selfies and post them online, while the others skipped the first part. I looked at Mr Chaudhary, who was checking his Twitter feed, and I cracked that old elephant joke. He chuckled and said, “this time I am going to tweet it.”

The stage was being set, the lights were flashing, the crowd was cheering to everything. The first event was going to be a talk by a renowned speaker, who also happened to be a politician and a popular figure in media. The cameras went mad. Click, click, click… everywhere. The hosts had to request the crowd to not use their cell phones. But who listens?

Finally the talk began. The first slide gathered everyone’s attention. It said: “How the quality of our life has improved…”