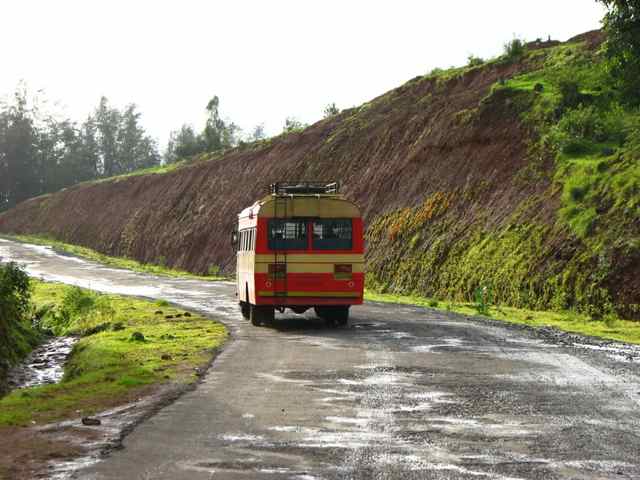 It was not the best place to be in. I was in the back pocket of this little boy Sanju. He had recieved me as a part of his prize money in a school competition. The exact amount was one hundred and twenty, and if you take one hundred (which he had secretly hidden in his pencil box) out of it, I am what is left. I have to admit that I have gotten old and have lost my shine. Not my value though! I have seen a number of people fighting over me, or trying to steal me, and it was because of their deeds (or misdeeds), I could travel so much. I have not seen much of the world though, for I was restricted to the pockets, wallets or purses. And if someone took me out, holding me in his or her gentle hands, they would do that so strongly, that it almost took the life out of me. Not my value though!

Sanju is not having a good day it seems, otherwise he would have taken me out when he walked across the glimmering shops. Moreover, it is Sunday, and on a Sunday… a kid passing by a Jalebi shop and not buying anything? It does not sound right. In fact he is not even a poor kid, I can confirm that from the comfort of his pocket. And now when he is in a bus, sitting quietly somewhere in the middle, suddenly I realise that lying underneath someone’s buttocks is not a matter of amusement.

The bus conductor approaches him.

“Gandhi Chowk,” he is louder this time. Very loud indeed!

“Do not sit in this bus from next time little man. Take a local bus. Now give me money.”

“How much?” Sanju said while offering me to him.

“Err… it is all right. It is very much but I will adjust it for you.”

No it is not. He is cheating! Why are you cheating? I screamed, but of course, who is going to listen? No one, I guess.

Sanju said, “ok” and turned his face towards the window. He smiled looking outside – a family of four approaching the bus on a bike –  the sight of three kids staring back at him – smiling and waving – he loved all of it. He wanted to raise his hand too, but the bike disappeared within a moment.

I was now inside the smelly pocket of conductor’s shirt. Sanju was not given the ticket and thus, instead of going to government’s fund, I had become, what most of you would call “black”. It does sound like racism and it does hurt me. Agreed that it does not affect my value, but it certainly tarnishes my reputation.

Oh, by the way, Gandhi Chowk has arrived. And Sanju is gone. I have to confess that I did not like the sight of parting. But I have to move on – I keep telling myself every time I grow an attachment.

The bus has stopped and everyone has gotten busy in getting rid of it. Perhaps it is their time to move on.

“Give me a cigarette…” the bus conductor demands the first thing from this old shopkeeper, taking me out of his pocket.

“Here is your cigarette,” he hands over the cigarette to the conductor. “But I don’t have the change right now. Give me two minutes and I will bring it.”

“Ok Ok,” the conductor replies, “but first light my cigarette.” He puts it in his mouth. The shopkeeper pushes the button of the lighter, and brings it near the cigarette with his trembling left hand. The right hand is relatively steady, holding me with a tight grip.

The shopkeeper ambles to the other shops nearby. Asks for change and they say ‘no’ even before he utters any word.

After a struggle of good ten to fifteen minutes, he gives up and comes back without exchanging me with the young ones. But the bus is gone…

“It is meant to be mine. A good start for the day!” the old shopkeeper said while kissing me on my back. I have to tell you that I hated the feeling. But what can I do? I cannot protest, and even if I do, it won’t matter. And anyway, I am not losing my value! So why to worry?

But soon the excitement on the face of this old shopkeeper turned in to a frown, as soon as he saw a police constable walking up to him. The first thing that he did was, put me in his pocket and then he did his best to avoid the eye contact with the policeman. But how could that have helped? It never does…

“Selling a lot of stuff these days eh?” the policeman enquired.

“Ravi bhaai,” the shopkeeper clenched his hands. “Namaste! I would not say, selling a lot of stuff but yes, I am surviving. What else do I want? Nothing.”

“Don’t start with your stories now. I think I have been too kind to you. Other policemen don’t spare anyone. But for too long, I have remained honest and not gained anything.”

The shopkeeper stood quiet. He knew where the conversation was going.

“What are you thinking my lord?”

“Let me speak,” Ravi the policeman said. “I am thinking that even I should start getting my cut.”

“These are not good times dear lord, this is all I can afford. I may die of poverty one of these days,” the old man said as he took me out of his pocket.

“And we will see when that happens,” the policeman immediately took hold of me and walked away.

The old man kept looking at me. “I was not yours either,” I tried to tell him, but he would not listen. Nobody does.

But as Ravi took few more steps and found himself alone, he started talking to himself.

“Is this right? Yes it is. Everyone does. It has to be right. But just because everyone does it, can I justify it? Well, in that case, I will have to suffer forever. If I don’t start today, nothing will change. But then, my god won’t forgive me. Oh god, give me strength. Where are you?”

I tried to tell him that there was no god around but he would not listen.

“I will put it in the temple,” he said at last. To which I thought, there was indeed a god and he was making me pay for my words by imprisoning me in his temple. But that would not reduce my value. I thought, and fell asleep.

The next morning when I opened my eyes, I found myself in the middle of prayers inside the temple. The priest then took me out of this charity box and kept holding me until he walked out of the temple.

Next, I found myself in the hands of a beggar. A blind beggar. Which means, he could not even see me. The priest had to tell him about my value and that I was good enough to help him fetch some food.

The beggar followed the advice, but he forgot my value. So, he bought biscuits only worth ten. And the Chai wala took me with a smile on his face. I spent the rest of the day in his pocket.

At the end of the day, before going home, he just entered a medical shop and asked for a tablet.

“That would be ten.”

“But I don’t have the change,” he said as he took me out.

“Even I don’t. But no worries, you take the medicine, I will give you the change tomorrow.”

The medical store-keeper, put me in his pocket and after closing the store, took me to his house. And then he called his son, “Come here Sanju, here is your pocket money for tomorrow.”

I smiled. And so did Sanju, when he saw his signature on me. And then he called me ‘a lucky charm’ and put me in his notebook and never took me out. Since then, I have never seen any other place, only his face, when he occasionally opens the notebook and looks at me and smiles. I think he truly understands my value.

One thought on “Lost and Found”